Please join Fort Worth Fly Fishers on Saturday, Jan. 28, at 7 a.m. at the Texas 16 bridge over the Brazos River below Possum Kingdom Dam near Graford for our annual Fly Fishing 101 education event. Both FWFF members and non-members are encouraged to attend. We will meet to arrange fishing buddies for beginners and assign locations. At 8 a.m., those who wish can take a tour of the nearby Texas Parks and Wildlife Department hatchery, while others can commence fishing.

If you need equipment, we will provide rods, reels, line and flies, along with help from experienced fly fishers, for free. If you have equipment, we recommend:

Feel free to bring along a guest interested in learning about fly fishing using nymph or streamer techniques in hopes of landing one of many species below the dam, including stocked rainbow trout. For more detail about this fishery, see Brad Dodson’s article and slides below for an introduction to the water. 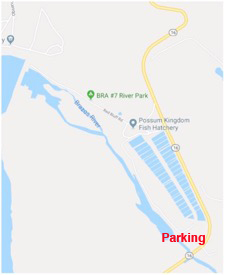 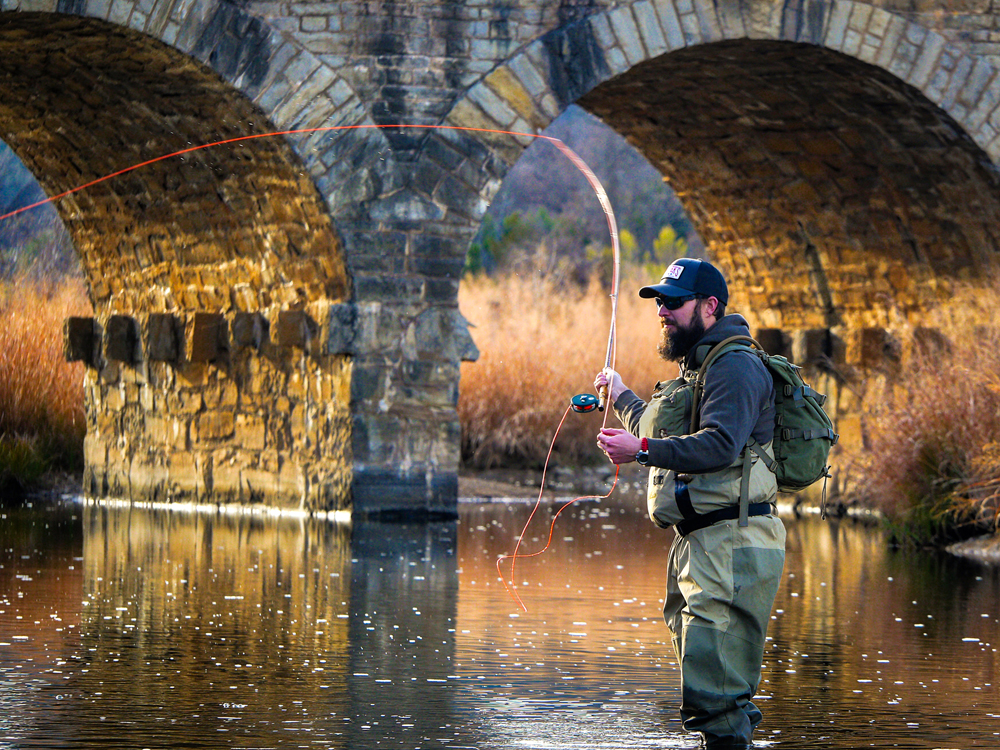 Each winter, from the beginning of December through the end of February, the Texas Parks and Wildlife Department stocks rainbow trout into the Brazos River just downstream of Possum Kingdom Lake. The stockings occur roughly every two weeks, and during the course of a stocking season TPWD will stock approximately 9,000 rainbow trout into a small section of the river known as the Possum Kingdom Tailrace.

This section of river is primarily comprised of the water just above and below Texas 16 where it crosses the river (top slide, right). If you have never seen this bridge (above right), constructed from native stone and from a design centered around the use of arches, you are missing a true North Texas treasure. It is one of the most photogenic bridges in our state – especially in the warm light of early morning or late afternoon.

The trout will establish themselves both above and below the bridge. The section above the bridge (slide 2) extends approximately 200 yards up into a large shallow pool. The trout will be in the main channel from just below that pool down to the bridge. Below the bridge, you can find trout spread out over a mile downstream (rest of slides).

Less than two hours from Fort Worth, this seasonal trout fishery is one that every local fly fisher should enjoy at least once. Many of us find ourselves going back several times each year. The fish are stockers, so you won’t find any giants among them, but the beauty of the Brazos River and the surrounding land brings a special quality to the area that cannot be found elsewhere.

In fact, you will be fishing at the beginning point of John Graves’ canoe trip that he wrote about in his classic Texas book, Goodbye to a River. His writing served an important role in protecting much of the Brazos River from being dammed extensively along its body. Today, as an acknowledgement to his important role in protecting and preserving this section of river, it is now known as the John Graves Scenic Riverway.

Look for the historical marker on the lookout above the ranch on Texas 16 just before you get to the river from the east. Now, on to fishing! 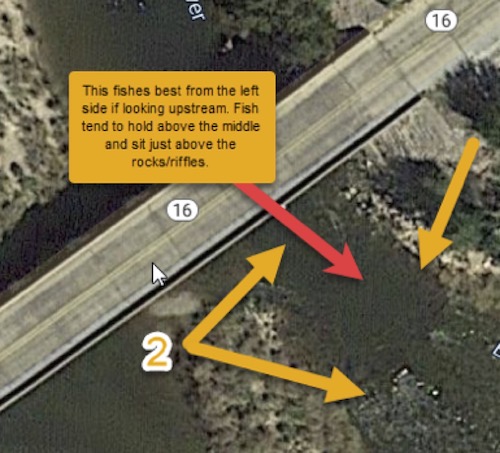 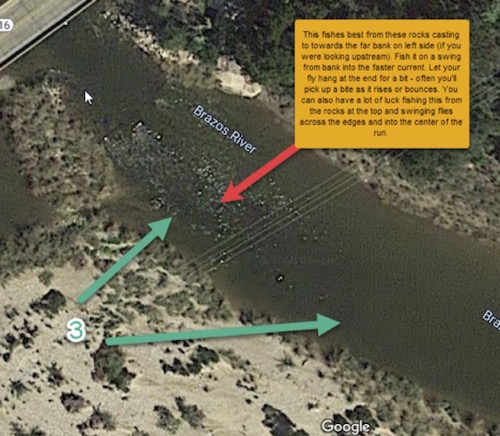 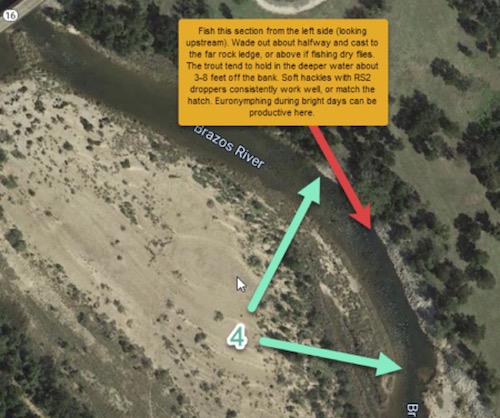 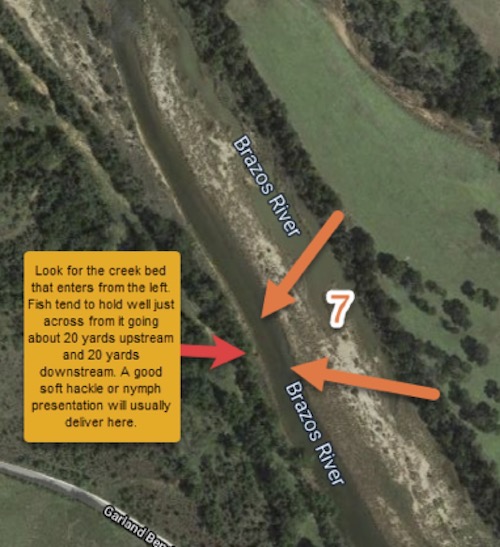 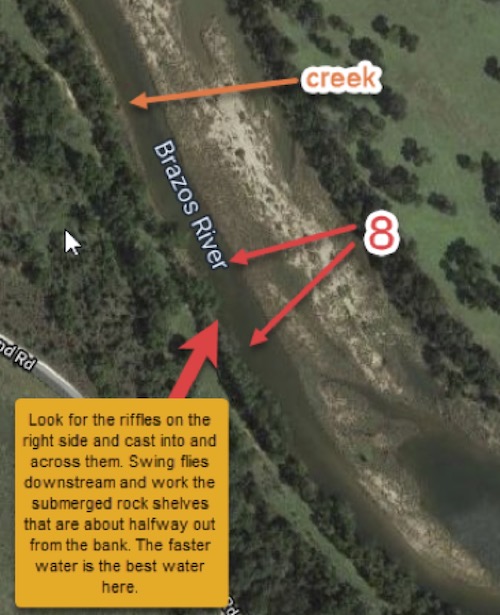