By Reid Winger
Speakers Director
After mysteriously losing all of his dad’s lures in a single day, Charlie was gifted a fly-tying kit by his parents for his eighth birthday.

He’s tied flies pretty much every day for the forty-some years since then and has figured out a few things pertaining to fur, feathers, and fish along the way. At this point, it’s becoming well known that he’s opinionated, outspoken and sometimes brash when it comes to flies and techniques but his passion lies in sharing the skills he’s developed.

Charlie will share some of those experiences with the club as our October speaker. The in-person meeting will be at our usual venue, the UNT Health Science Center at 3500 Camp Bowie Blvd. at 7 p.m. on Oct. 4.

Over the years, Charlie has been a prolific commercial fly tyer and, for a time, a pretty mediocre fishing guide, due to his insistence on liverwurst and onion lunch sandwiches instead of grilled prawns like all the other sissy guides.

He’s been an Umpqua Feather Merchants Signature Tyer for over 20 years with several fly box mainstays like the Jujubaetis, Two Bit Hooker and Baby Gonga among his over three dozen commercially available patterns.

All this experience finally culminated in 2004 with the opening of his own fly shop, Charlie’s Fly Box, in Arvada, Colo, where he is the head bookkeeper, order taker and fry cook in addition to president and CEO.

He’s now written four books, Charlie Craven’s Basic Fly Tying, Charlie’s Fly Box, Tying Nymphs and Tying Streamers, with plans for several more when he gets around to them. 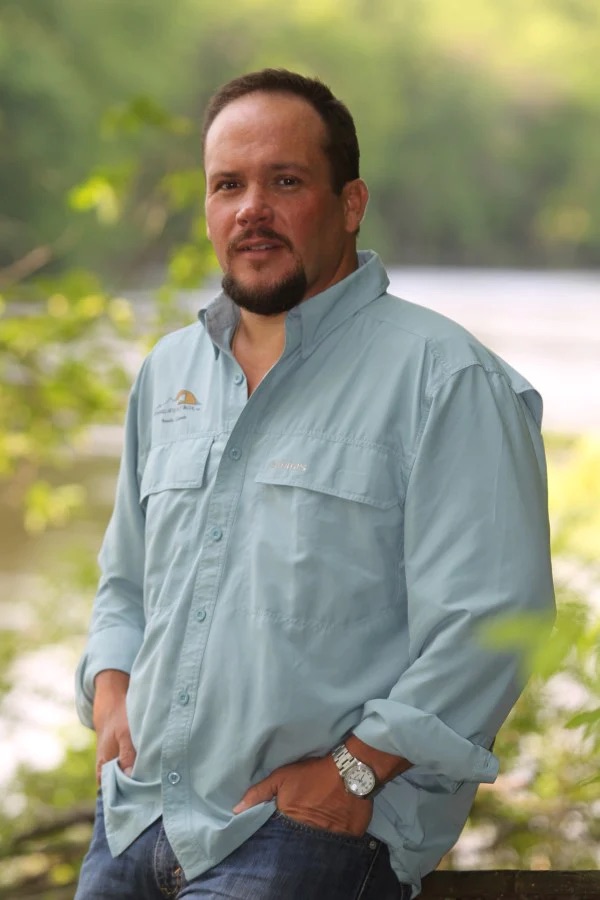 After beating Ross Purnell in a prolonged and brutal arm-wrestling match, he became the Fly Tyer’s Bench columnist for Flyfisherman Magazine and retains the title to this day. He was recently named to that magazine’s 50 Most Influential People in Flyfishing, and it is thought that his number 45 ranking was specifically chosen to keep his head from growing any larger.
Charlie lives in the hills of Palmer Lake, Colo. with his lucky, patient and loving wife, Lisa, a gigantic white dog and somewhere between three and six young adult children. He still likes quiet time, the Parachute Adams, Colorado whiskey and dry-dropper fishing from a boat. His favorite number is five and his favorite color is red and he doesn’t care what yours are.
“It’s not simply enough that a fly catches fish, it has to do all that’s asked of it, well….and style matters” - Charlie Craven