FWFF makes lemonade out of lemons with Cleburne “popup” outing 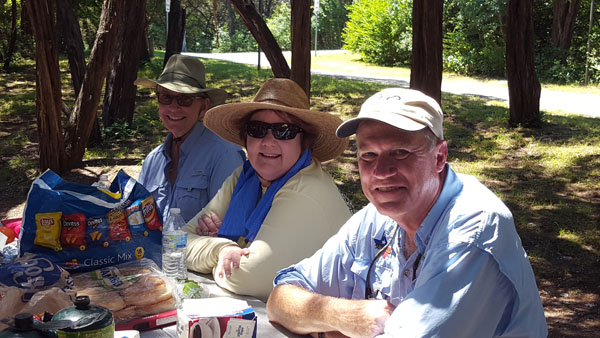 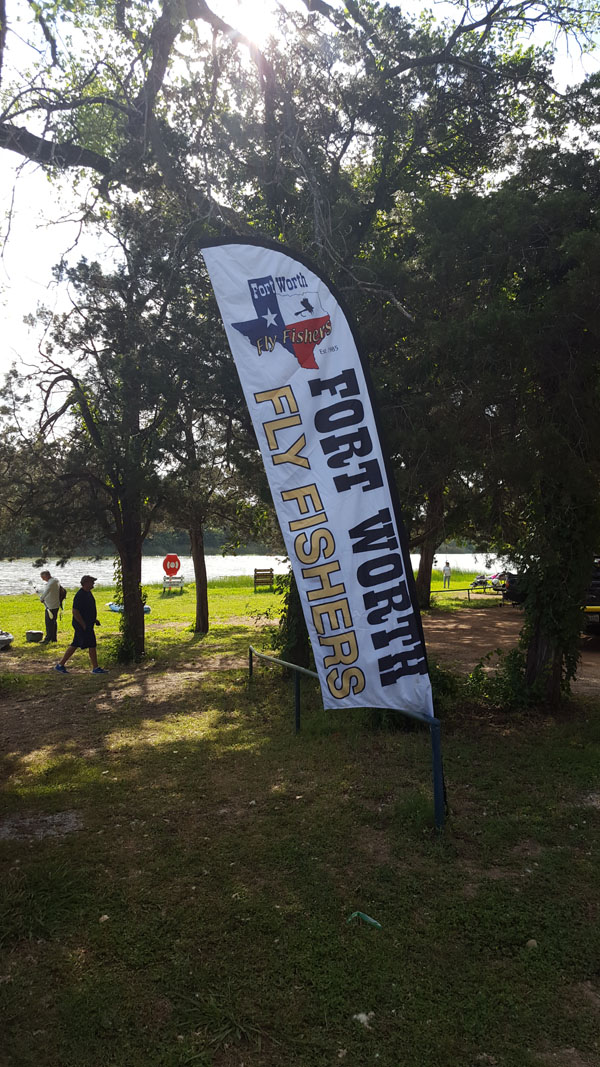 Now, before you suppose “lemonade: is a new fly pattern recipe or the fabulous dance move Les is displaying in the picture below, please allow me to explain. Les was citing the old adage, “When life gives you lemons, make lemonade.” And on, June 15, that’s exactly what the club did. The weekend of June 13-16 was scheduled to be FWFF’s annual coastal trip. Unfortunately, due to heavy rains, freshwater from rivers inundated the coast and disrupted the normal environment for saltwater fish. Thus, fishing would not be ideal and the outing was cancelled (the lemon). 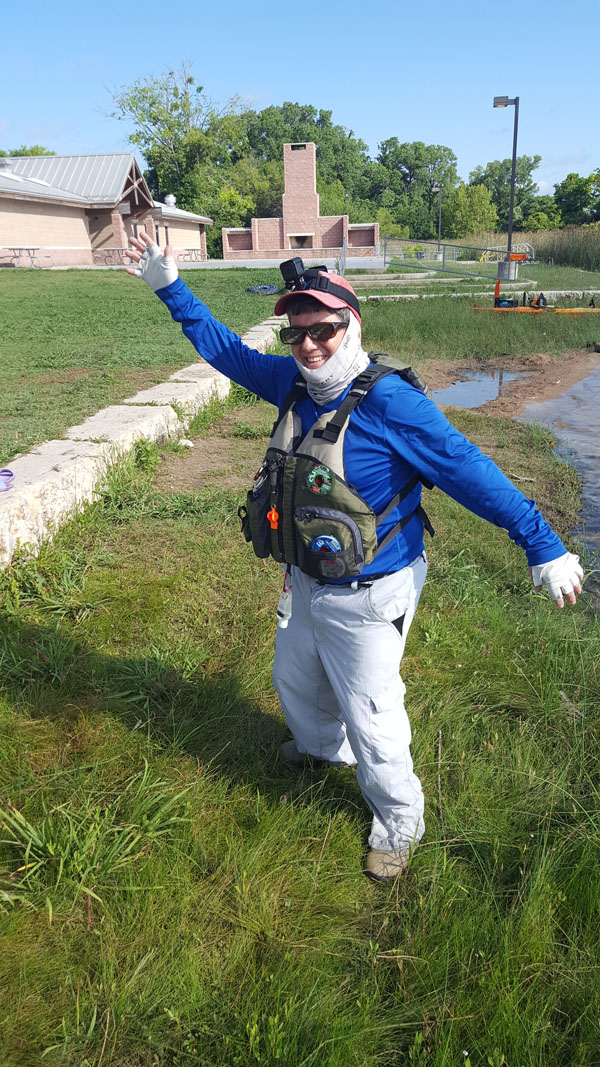 But Les (left)  had another idea. Instead of lamenting over a lost opportunity, he spearheaded a ”pop-up” outing to Cleburne State Park’s Cedar Lake (the lemonade). The plan was for club members to bring their kayaks, kick boats, and float tubes, meet by the lake’s main swim area and then launch to fish for the wily bass. Several members showed up to participate in the event on a day that featured a bright cerulean blue sky. The weather was nice, except for the blustering breezes. Towards noon, the winds increased, whipping up Cedar Lake into swells and whitecaps that made some fishers (including myself!) think that they were navigating the Gulf of Mexico. 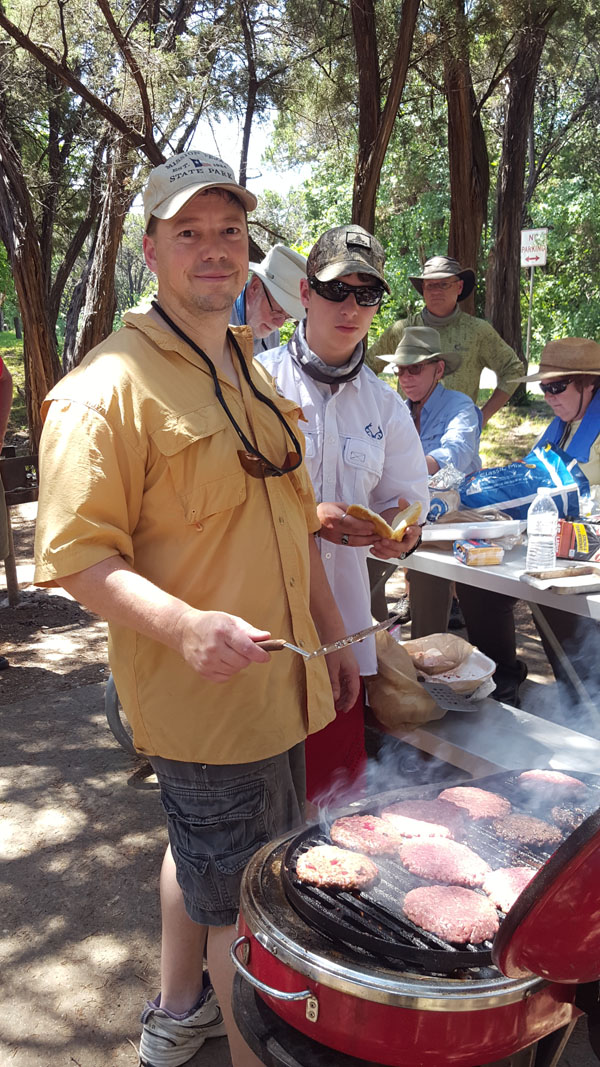 After battling the high seas and rescuing errant float toys for children who were swimming and playing the cove, we retreated to dry shore. In a picnic area, coolly shaded with elm and cedar trees, participants were served some scrumptious hamburgers cooked on an open grill. Dan Tatum and his son, Nolan, (right)  were the chefs. (Thank you, guys!)

Despite the strong wind gusts making the lake almost unruly, members Kay Jackson, Emily Craig and Anne Rushing were able catch numerous bass and sunfish. (Way to go, ladies!) I opted to discontinue my surfing adventure on the lake, stashing my fishing gear in my truck and following an impulse to take my kayak to explore a nearby creek. What a treasure it was! The water was calm and the creek wide enough to comfortably paddle. The purling currents motored me and my craft deeper into the woods. Hmmm…what a nice hideout for bass. Now, where was my rod?

Although I was initially disappointed that I didn’t land a bass, I still learned a new area and gained knowledge about a local lake. I know where to fish next time — bass watch out!

And in future ventures, if I’m skunked again, well, I’ll take Les’ given advice: Belly up to the bar of life and drink a nice, tall glass of lemonade.