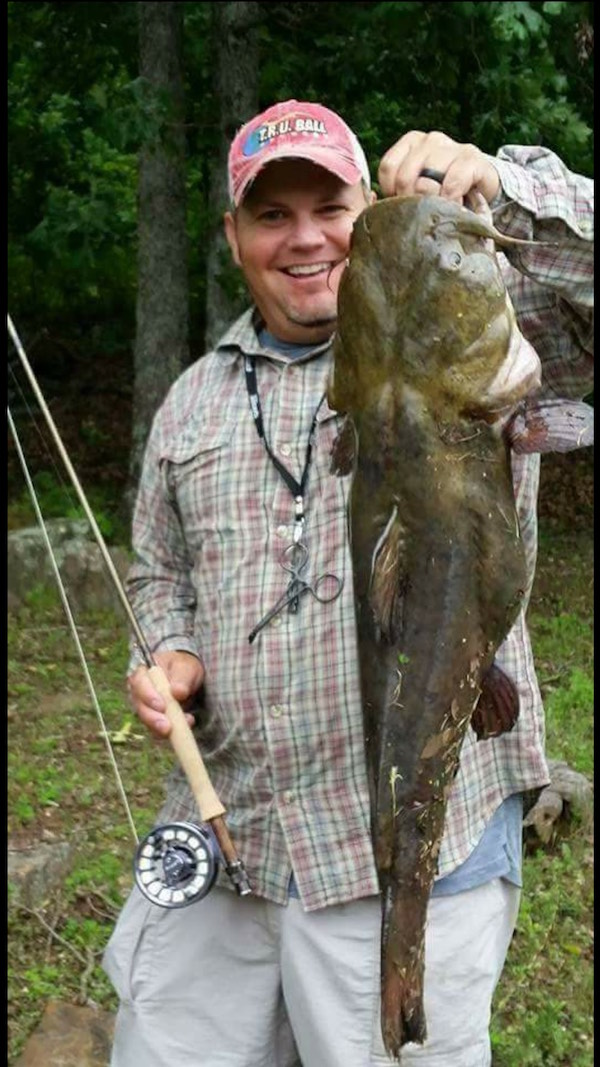 On May 7 Donavan Clary will talk to us about fly fishing the Lower Illinois River – Oklahoma’s “unknown jewel.” It begins at the base of the Lake Tenkiller Dam in Northeastern Oklahoma, near Gore, Okla., and runs about 10 miles to the Arkansas River. The Lower Illinois River is one of the two rivers in Oklahoma where water temperature stays cold enough for trout to survive year round. The second river is the Lower Mountain Fork, the tailwater of Broken Bow Lake. Fort Worth Fly Fishers in September will make its first club outing to the Lower Illinois, so you’ll want to hear Donavan’s introduction to this fishery as preparation for attending.

Donavan began guiding in 1992 on the Lower Illinois and Lower Mountain Fork, but has focused more on the Lower Illinois in recent times. He will provide an overview of the area, best flies and techniques to prepare you for a great fly-fishing experience. Donavan learned how to fly fish with his father when he was just eight years old. His biggest passion is exposing as many people as he can to the sport of fly fishing and teaching them everything he can about it. For Donavan fly fishing is a life style. He is either guiding, providing instruction on casting, fishing, tying, building rods, or researching fly patterns and bug life on rivers and streams. He has even tied flies on a commercial basis for a company he founded. His favorite species to chase with a fly are Carp, Trout, Striper, Gar, and Smallmouth. Donavan volunteers at Project Healing Waters, an organization assisting with the rehabilitation of disabled military personnel and veterans. He enjoys teaching fly tying classes and building rods for this organization.