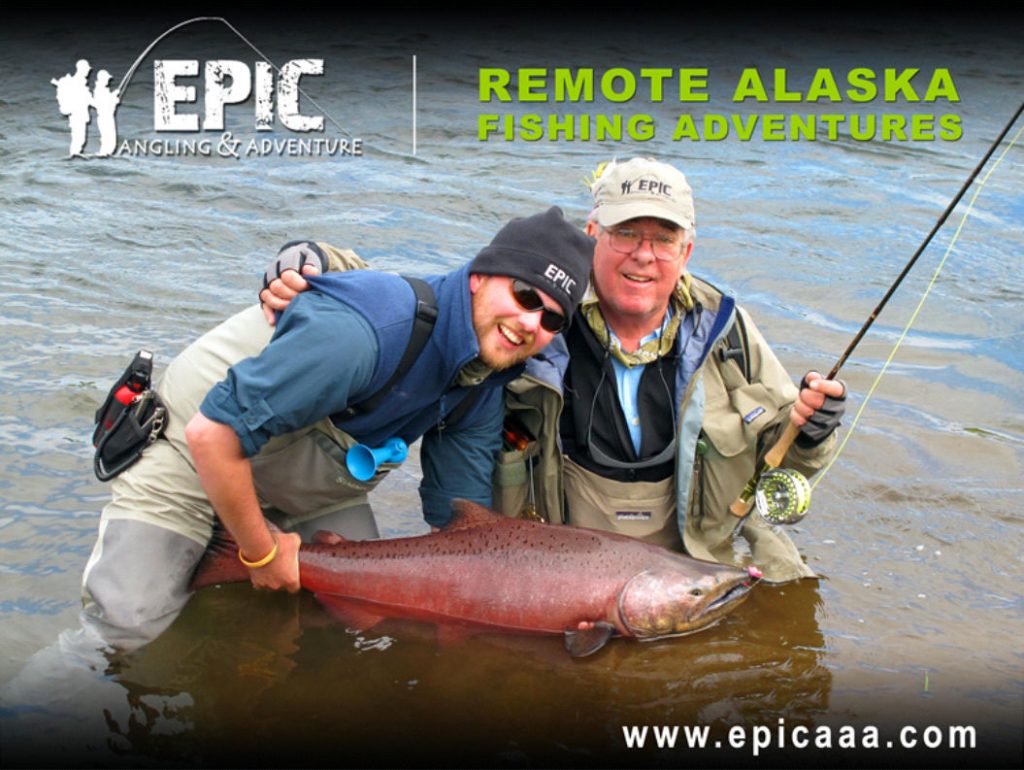 On May 1, Rus Schwausch (pronounced “ss-wow-sh”) of EPIC Angling & Adventure will be here to tell us about two fishing destinations-of-a-lifetime located in remote Alaska – Alaska Wilderness SAFARI and Alaska Wilderness OUTPOST.

Alaska Wilderness SAFARI, the more sophisticated operation, is written up in the book Fifty Places to Fly Fish Before You Die as “arguably the most isolated coastal fishing camp in Alaska and one of the best places in the world to pursue chrome-bright, ocean-fresh salmon.” But if you want, there’s a lot more to do than just fish. This eco-diverse destination also offers dramatic scenery, daily wildlife viewing and great day hiking options, plus helicopter fly-out fishing during their “Late” season when the silver salmon are running.

His second operation is Alaska Wilderness OUTPOST. It’s a rustic, early season camp offering excellent small stream fishing for rainbow trout, grayling, king salmon and more. Short on frills, this program is for the die-hard fisherman focused on quality fishing rather than amenities.

A little background: beginning in 1995, Rus and his buddies explored and fished remote rivers on unguided float trips over three different summers. They would fly with all their equipment to the headwaters by bush plane, then float and fish over 100 mile stretches for two weeks at a time. These trips “infected” Rus with Alaska and steered his life in a completely new direction. Giving up his full-time engineering job, he started guiding in Alaska during the summer of 2001 while continuing engineering consulting work the other 8 months back in Austin. In 2004 Rus took over the operation where he first guided, Alaska Wilderness SAFARI, and is coming up on his 18th season there.

You can find out more about his operations at www.epicaaa.com.