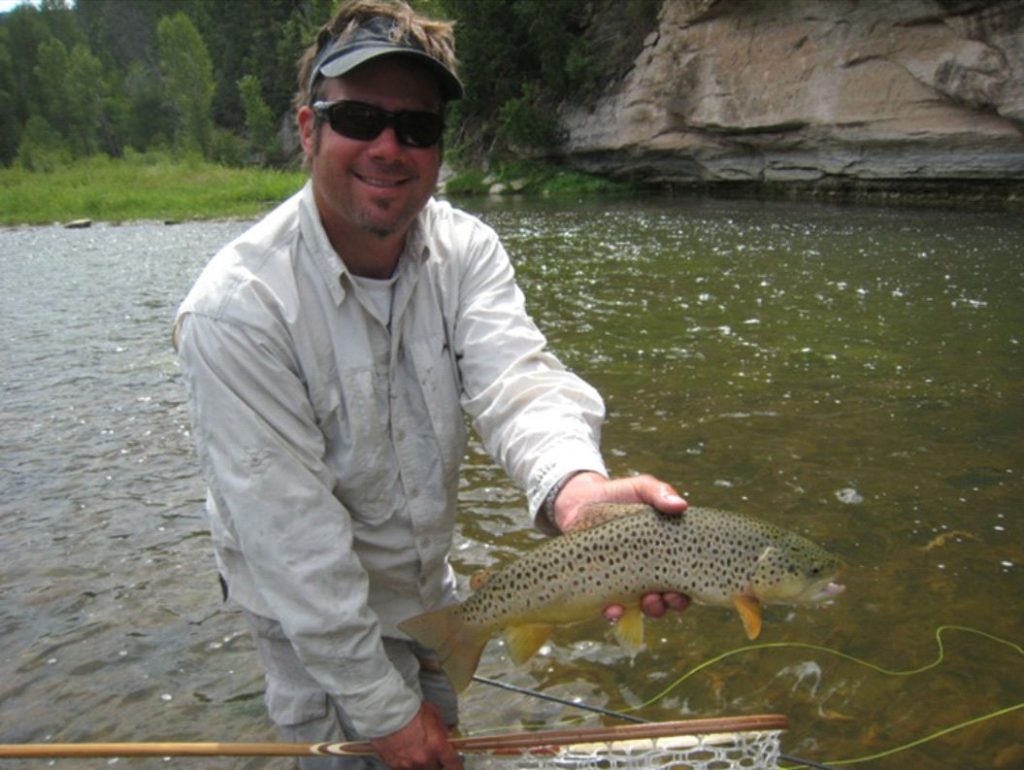 Trout can be so sneaky. But our March speaker, Frank Smethurst, can help you outsmart them. On our March 6 membership meeting Frank will present the “Top Ten Things Trout Don’t Want You to Know.”

Frank began fishing at the age of two, hand-lining Maine’s Penobscot Bay for flounder and mackerel, and never ceased chasing fish. At the age of 12, Frank began working at the Fish Hawk Fly and Tackle shop in Atlanta, Georgia, still the largest fly shop east of the Mississippi. Sweeping the floors, tying custom flies and learning the ropes of both fishing and the fishing business was preparation for the guiding and career in fishing to come.

Now, decades later, Frank has been guiding and living in Colorado since 1988, travelling the world to fish, guide, teach and make innovative films and television shows. His work helped create the genre of adventure fly fishing comedy and set the stage for the Fly Fishing Film Tour to come.

Along the way, Frank has competed in and won numerous fishing tournaments such as The GoPro Outdoor Games, The Caddis Cup, The Denver Carp Slam, and the Rocky Mountain Fly Fishing Masters regionals both times they were held. In 2005 he beat out almost 1,000 competitors from around the country to win the Fly Fishing Masters on the Outdoor Life Network.

Frank will also host a special workshop on Thursday, March 8, on spey casting on our own Trinity River. This is limited to 10 participants, costs $75 and is currently set for 2 p.m. to 6:30 p.m., which could vary slightly based on conditions.

In this class, “Single-Hand Spey Casting and Upper Echelon Line Control,” Frank will teach you how to become most effective with your fly rod. You will learn on the banks of the Trinity River how to cast single-hand spey like the professionals who win all the fly fishing competitions.