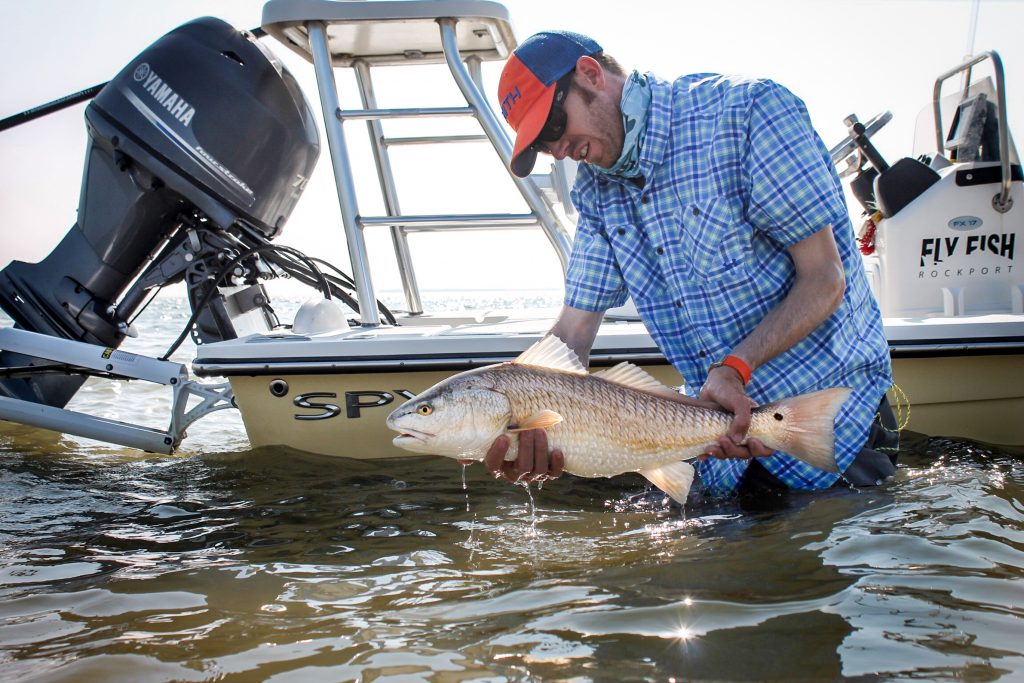 If you’re planning a Texas saltwater trip this season you’ll want to make the regular membership meeting on April 4 to hear Capt. Jeff Johnson talk about  fishing the state’s Coastal Bend region. “When not in Montana guiding for trout, you can find me on the Gulf Coast guiding for redfish, trout, tarpon and jacks in Rockport,” Johnson says. “Fly Fish Rockport guides on many of the waters along the coastal bend, for a variety of species. We call Rockport home, but fish from Matagorda to the Laguna Madre.”

Johnson started fishing early, growing up along the banks of the Yakima River, a Blue Ribbon trout stream in Central Washington. “It became pretty obvious that fishing was in my blood. In 1997 I moved to Bozeman, Mont., to attend college a little, and fish a lot. This is where I really began to hone my skills, eventually trout bumming for entire summers on the Missouri and other area rivers. After an eight-year stint chasing steelhead up and down the coastal rivers of the Northwest, I returned home to the Montana rivers I loved and First Cast Outfitters was born.

“After years of freshwater guiding and vacations to saltier climates, I decided to expand my business to the salt, and my favorite water on the Coastal Bend of Texas.  With plentiful redfish, speckled trout and other area species on numerous expanses of flats, there is truly no place I would rather be.”