Please join us at 7PM on September 1st for a very special guest speaker. This should be a great presentation from one of the most innovative fly tyers in the country. Blane will also be at Backwoods on 7th Street for a tying demo from 2-5PM before the meeting. There is no cost to attend the demo. Contact Stephen Woodcock for additional details. 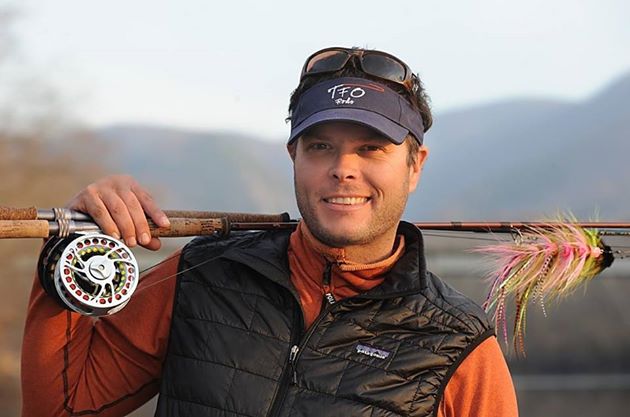 Blane grew up fishing the small mountain streams near his home in Blue Ridge, Va. As a youngster he started a guiding service and in the late 90s, opened Blue Ridge Fly Fishers in Richmond, Virginia– one of the most respected full service fly shops in the region.  He quickly gained huge following with his creative and extremely effective fly patterns.  Blane has worked for years to create patterns that have all the intricate nuances of flies, with the strike-generating action of conventional lures. These new patterns serve to not only inspire fly fishermen but compel new and conventional anglers to try fly fishing.

About a decade ago, Blane returned to the river where he now owns and operates the New Angle Fishing Company, which specializes in float trips for everything from musky and smallmouth bass to stripers. Blane has served on the board of the American Fly Tackle Trade Association (AFFTA) and has worked as a consultant to several fly fishing companies. Many of Blane’s highly innovative fly patterns are produced through UMPQUA Feather Merchants.