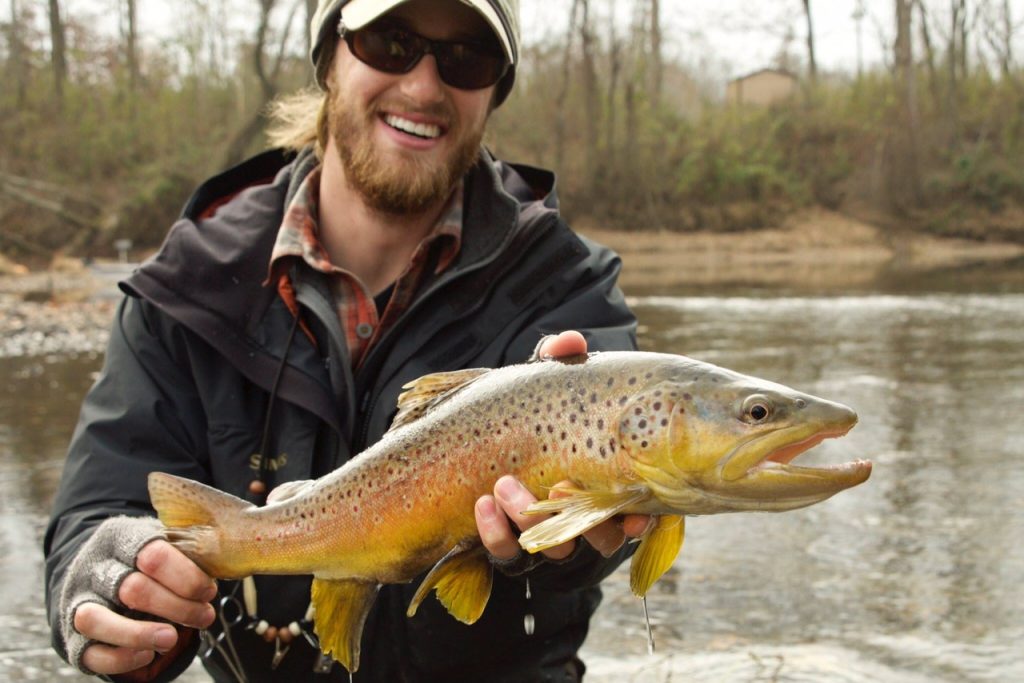 Our August meeting will be held on Tuesday, August 4th at 7PM. We are glad to have James Dillard come and speak to us about trout fishing on the Little Red River in Arkansas.

James Dillard (owner/guide) caught his first trout out of the Little Red River when he was just four years old; from that day forward he was hooked. Born and raised in Searcy, AR James enjoyed some of the world’s best trout fishing just 20 minutes away from his door step. Growing up he never considered guiding as something that he could actually do. Over time he realized it was possible. James started guiding in 2010 and he fell in love with it immediately. He continued guiding while attending college and started, Tailwater Fishing Company, in the process. In 2014 he graduated from Harding University with a degree in Social Science Education, but has never stopped guiding full time. James has been able to fish many streams out west and has also spent a summer guiding clients on the world famous Kenai River in Alaska, but deep down it is always Arkansas trout fishing that gets him fired up. If he is not guiding on the Little Red you will find him water skiing on Greers Ferry Lake with his family, duck hunting, or bow hunting for deer. James still lives in Searcy, AR with his wife, Amanda, and their golden retriever, River.