Limited Time Only: A Guide’s View 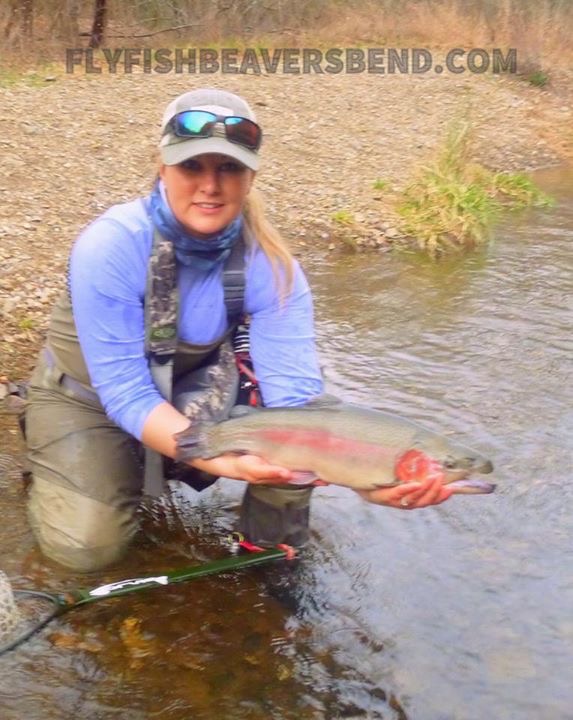 As an angler, the phrase “limited time only” becomes reality when your favorite runs become washed out and changed forever from floods. Please keep in mind, this is not the first time the river has been changed from a flood event, nor the first time that I have had to re-learn fresh runs on this river system. This unique occurrence is bittersweet for me because, I enjoy change; therefore, I am looking forward to the new but, I will miss the old runs. They were fun while they lasted! The fishing on the Lower Mountain Fork has actually been excellent after all of this nonsense; I watched people catch one after another just hours after I escaped the rushing waters with my clients. The fact of the matter is this time around the flooding situation has had a bigger impact on me because; there was NO ADVANCED WARNING and LIVES WERE AT STAKE! So the popular phrase “limited time only” can also be applied to the length of a human’s life span. I watched it all happen with my own eyes; within a few seconds lives were in serious danger. There was not even a horn blown before those spillway gates were opened! No warning for all the innocent people on the tailrace! I hope something is done to prevent this type of FAILURE OF COMMUNICATION from occurring again the future! Government officials have been contacted! Now all we can do is hope they develop a better system of communication in order to warn people before water is released by the Corp of Engineers. If you decide to fish in the next 45 days please consider possible spillway gate changes before you step foot in the river bed. The Corp of Engineers took the generators offline for routine maintenance; therefore, at this time they have made the choice to regulate the lake levels by opening the spillway gates. A few hours after the incident occurred I spoke to a Corp of Engineers employee that was working on the top of the power house intake, Joe stated “this was planned for months and everyone knew about it.” I spoke to the public affairs department at the Tulsa District Army Corp of Engineers within the hour after the incident, employee Brenden stated “You would have had plenty of warning to get out of the water before the water would have reached the re-regulation dam. They sounded a horn at the power house and you should have heard it down there.” Once I told him that I was not in that portion of the river then he said “well let me find out some more information and I will call you back.” Brenden then called me back and stated “they sounded a warning horn for 1 minute at 11:00am and the park ranger he spoke to told him that I should have heard the warning horn where I was at and that the park rangers had drove around the park prior informing people to get out of the water before the generators were turned on.” At this point I knew it was a big communication issue! The next day I was invited to stop by the park ranger office to discuss the issue and write a statement. Several people who were on the Spillway portion of the river during the unexpected man made flood event attended the meeting; we turned in statements and discussed our experience with park officials. Please keep in mind seven civilian witnesses, one park ranger that was not on duty at the time all agreed there was never a warning horn sounded from the Spillway of Broken Bow Lake on the morning of Monday March 16, 2015. Beavers Bend State Park Director, Jim Miller stated “We had no time to warn everyone in the park. I did not know about it myself until ten after eleven.” Jim Miller also stated “I am going to do my best to make sure this does not happen again.” According to a conversation that took place between my husband Rob Woodruff and ODWC employee Jay Barfield “stream restoration projects were being worked on days prior to this incident and if the Oklahoma Department of Wildlife Officials would have known about this in advance we would have waited until the generators were put back online before the work was even started.” Jay Barfield also stated “Damage could have been easily prevented to the Lost Creek. If we would have known about this we could have easily put the planks in the diversion culvert in order to block off the high water.” In the past, the park officials have warned local fly shops, and concessions up to four days in advance prior to the Corp of Engineers testing or opening the Spillway Gates. In the past, the warning horn has been sounded on the Spillway prior to gates opening and the local game wardens are also notified. The game wardens also found out after the fact this time and the concessions in the park had just put people in canoes minutes prior to the Spillway release. I also, noticed that park officials did not even have any time to remove the blocks from bridges; I wonder if this compromises structural integrity? In my opinion there should be plenty of warning and not a “limited time only.”

New information: The old horn that was on the Broken Bow Lake Spillway was taken down March 20, 2015 by the Corp of Engineers Tulsa District. They replaced the horn with a new horn that is louder and different sounding. Therefore, anglers below the spillway can have adequate warning and also be able to distinguish the horn from the Power House Station. My husband was on the river when the horn was first tested, he said this was a vast improvement for safety. I also believe the a couple of Corp official will be arriving at the congressman’s office on Monday, March 23, 2015 to explain what happened the other day.